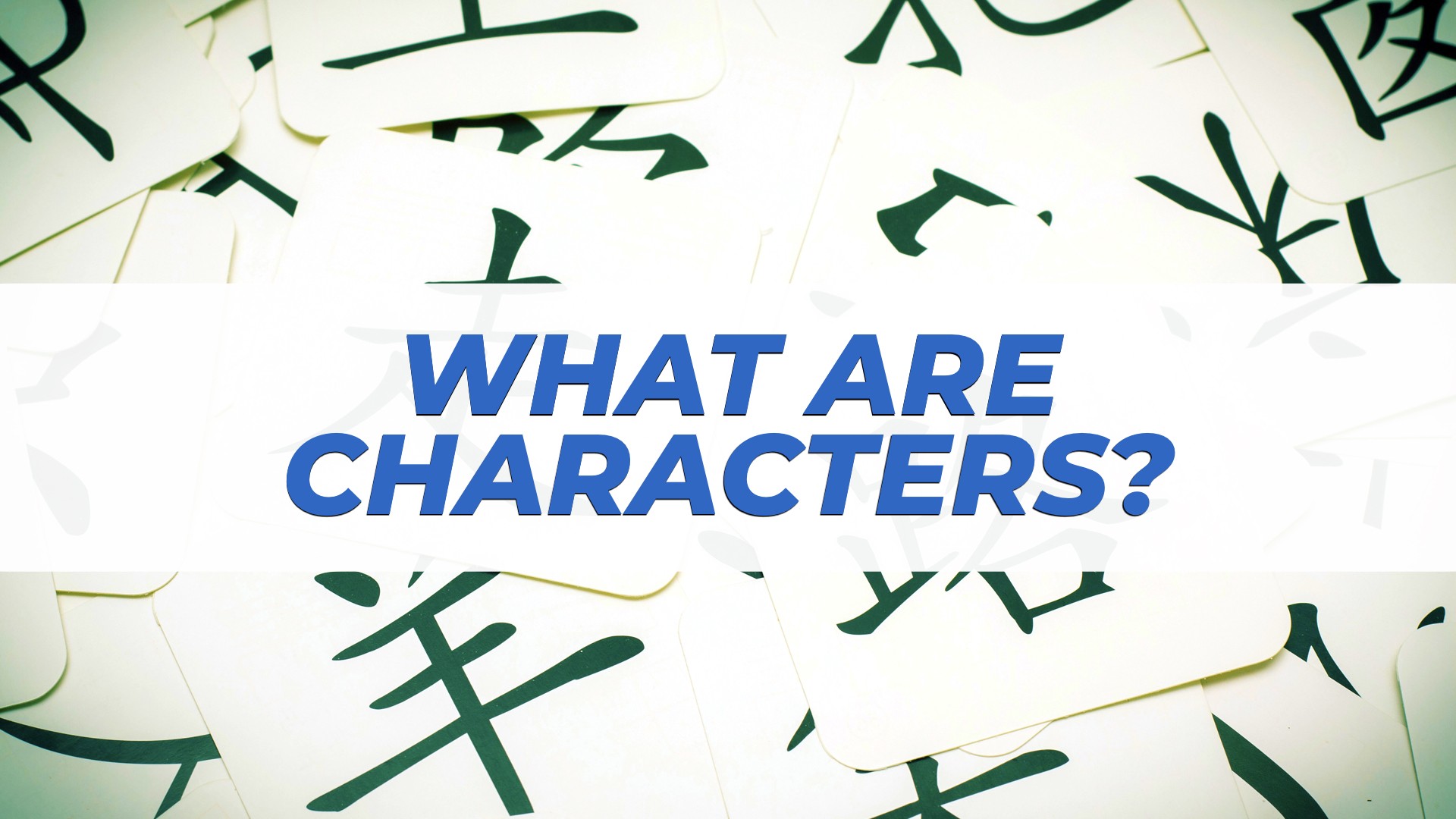 Check out the other parts of this series here:

Part 3: The 6 Types of Chinese Characters

Chinese characters are morphemes. The smallest meaningful unit of a language.

We can split “unexpected” into “un-expect-ed.” These three separate parts are morphemes, and we hope this helps illustrate that a morpheme isn’t necessarily a word. You can’t use either “un-” or “-ed” by itself, but they both influence the definition of a word. Chinese characters function in the same way. Some of them are words, some of them are not, but with rare exception, they are all morphemes.

Let’s take the Chinese word for “yesterday” 昨天. We have two characters here: 昨 + 天. Let’s imagine we can split it in English the same way: [YESTER] + [DAY].

As in English, the second character 天 means day. The first 汉字 “昨” is not a word if taken alone, but it is sufficiently unique to influence the definition of the word. Now, let’s invent a word in English and Chinese at the same time:

Even though this isn’t a real word, it’s meaning is easy to guess, regardless of whether you are a Chinese person reading “昨月” or an American reading “Yestermonth.”

The above example is meant to illustrate that “yester” and “昨” carry a meaning of their own, even though they are not words. We hope this gives you a sense of what Chinese characters are and how they differ from words and letters.

天- A small icon which represents a person extending his arms under the sky. With a bit of imagination, makes perfect sense. The first meaning of 天 is “sky” and by extension “day.” Thus, Chinese characters are like small abstract pictures. The definition is a bit over-simplified, but it illustrates the advantage Chinese morphemes have over English morphemes; they allow for a visual representation of meaning at the level of the “letter.” Sure, 汉字 aren’t “letters,” but that’s the point. They are far more powerful.

Chinese has no conjugation. Chinese morphemes never visually blend in with their surrounding.

“Unusable”: “Use” loses its “e” when converting to “Usable”.

“Always”: “All” loses its second “l” when converting to Always.

Instead of conjugation, Chinese words are made by composing characters like you would arrange Lego bricks. Much simpler from a learner’s perspective.