The Hanzi Movie Method is a mnemonic system for learning Chinese characters. It is the most critical subset of our larger patent pending curriculum The Mandarin Blueprint Method. This is a supplemental article in a series explaining the method. Click below to navigate the various parts:

Why & How Is It Different From The Original? 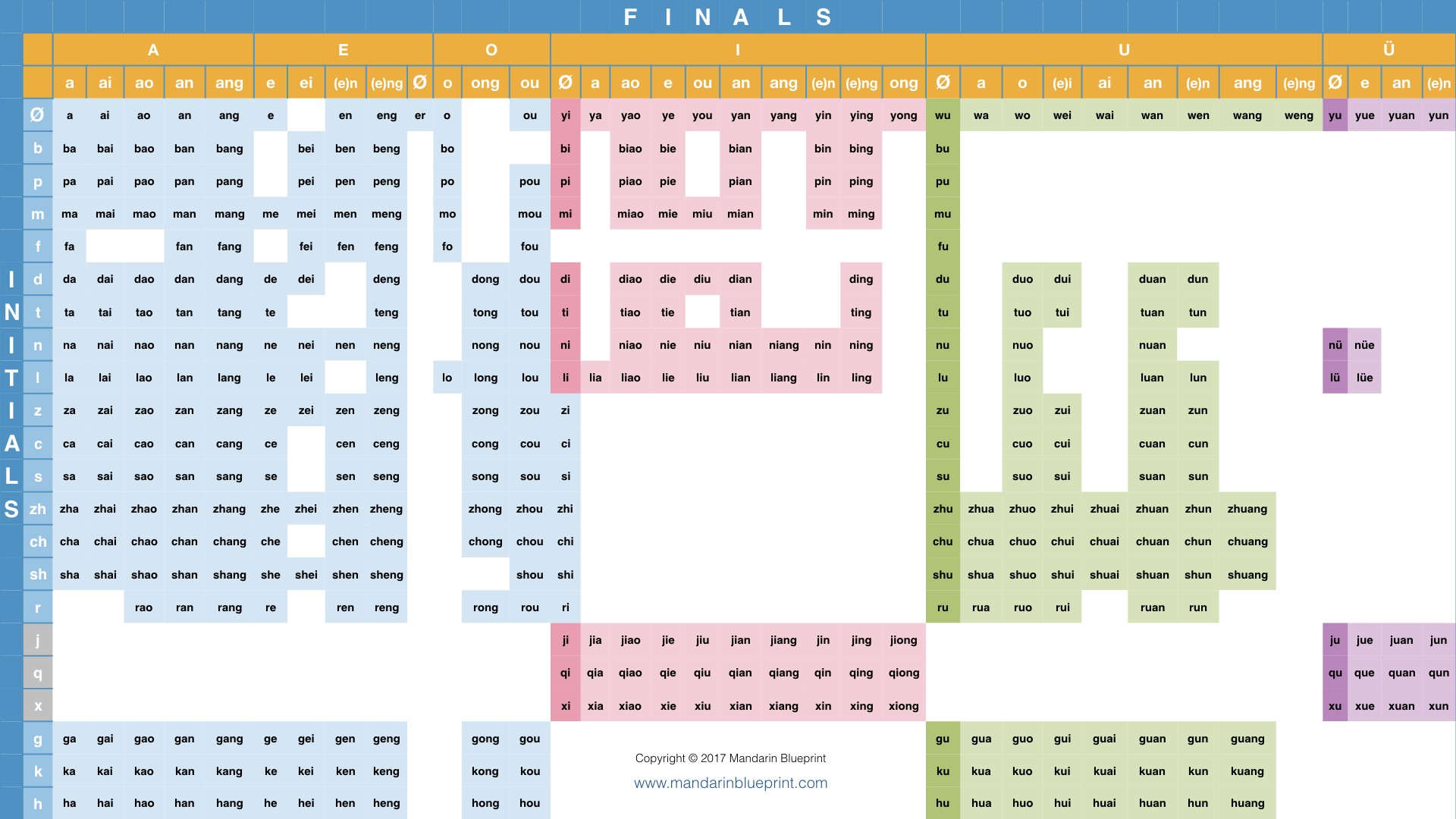 This article is designed to answer the questions of the inquisitive clients who like to understand the underlying logic of this system. We’ve met many a student who doesn’t want to move forward unless they know every “Why” that lies behind the “How.” We totally understand, and so we’ve created this explanation. That said though; it is not necessary to comprehend the logic behind the method to start utilizing it. Pinyin is what it is, but that doesn’t mean it can’t be re-organized and re-conceptualized to allow us to take advantage of our natural evolutionary advantages in a more streamlined manner.

The simple answer to this question is that human beings are better at remembering faces than they are at remembering places (though we are good at both). We choose “Sets” to visually (mnemonically) represent each final (AKA a place),  and we choose “Actors” to visually represent each initial (AKA a face). The inherent problem with this is that Pinyin has 36 finals & 21 initials, so if there are no adjustments made to what we consider “finals” and “initials,” then we would have to remember 36 separate places (quite difficult) and only 21 faces (incredibly easy). The way The Hanzi Movie Method solves this problem is by subtracting finals and adding initials, coming to a total of 13 finals & 55 initials. All you have to do is re-categorize the three simple finals “I,” “U” and “Ü” from being the first (or only) letter of a final to being the last letter of an initial.

The effect of making this change is that the initials get expanded, (pictured on page one) while the finals get diminished all the way down to 13. This change is possible because compound finals are merely a combination of simple finals. If you take the simple finals “I, U, and Ü” and turn them into initials, then all of the sudden finals like “IAO,” “UAN” or “ÜE” simply become “AO,” “AN” and “E” respectively. As you can see, “bi, pi, mi, di, ti, ni, and li” are now initials, effectively “stealing” the “i” from the original finals. The same phenomenon happens with “U” and “Ü.” Another effect of turning “i, u & u” into initials is that there is no longer a need to distinguish between the finals “-eng” and “-ing” (as well as “-en” and “-in”) hence why you notice the parenthesis around the “e” now—> (e)ng (e)n. Consider this a “floating e.” By having initials like “bi, pi, and mi” that include a “vowel” in the initial itself (i), we can simply say that “if the initial contains a vowel, then we drop the floating e. For example, m- + -(e)ng=meng and mi- + -(e)ng=ming. Below is a closer look at a comparison between the original pinyin finals and the HMM finals, this will make it even more clear: The final aspect of this system we have not addressed yet is the idea of “No Final” or “Null Ø Final.” In original Pinyin, there exists no such phenomenon, however by making what were previously combinations of initials and finals into just initials (i.e., Li, Lu, Lü), suddenly it is possible to have pronunciations that do not consist of a final by the definitions used in the HMM categorization. The way that the Hanzi Movie Method solves this is by making a “Null Ø” final. Any combination of Initials and Finals that lead to a “Null” final will have the learner’s childhood home serve as the “Set,” bringing the total number of “Sets” necessary for the learner to choose themselves down to 12.

By re-categorizing the Pinyin Chart to allow for more initials and fewer finals, we make the process of visualizing the abstract pinyin spelling easier. Trying to thinking of 36 separate places from our pasts is quite a challenge. However, the amount of people we meet in our life is massively higher than 55, so increasing the initials to that number is not a huge problem.