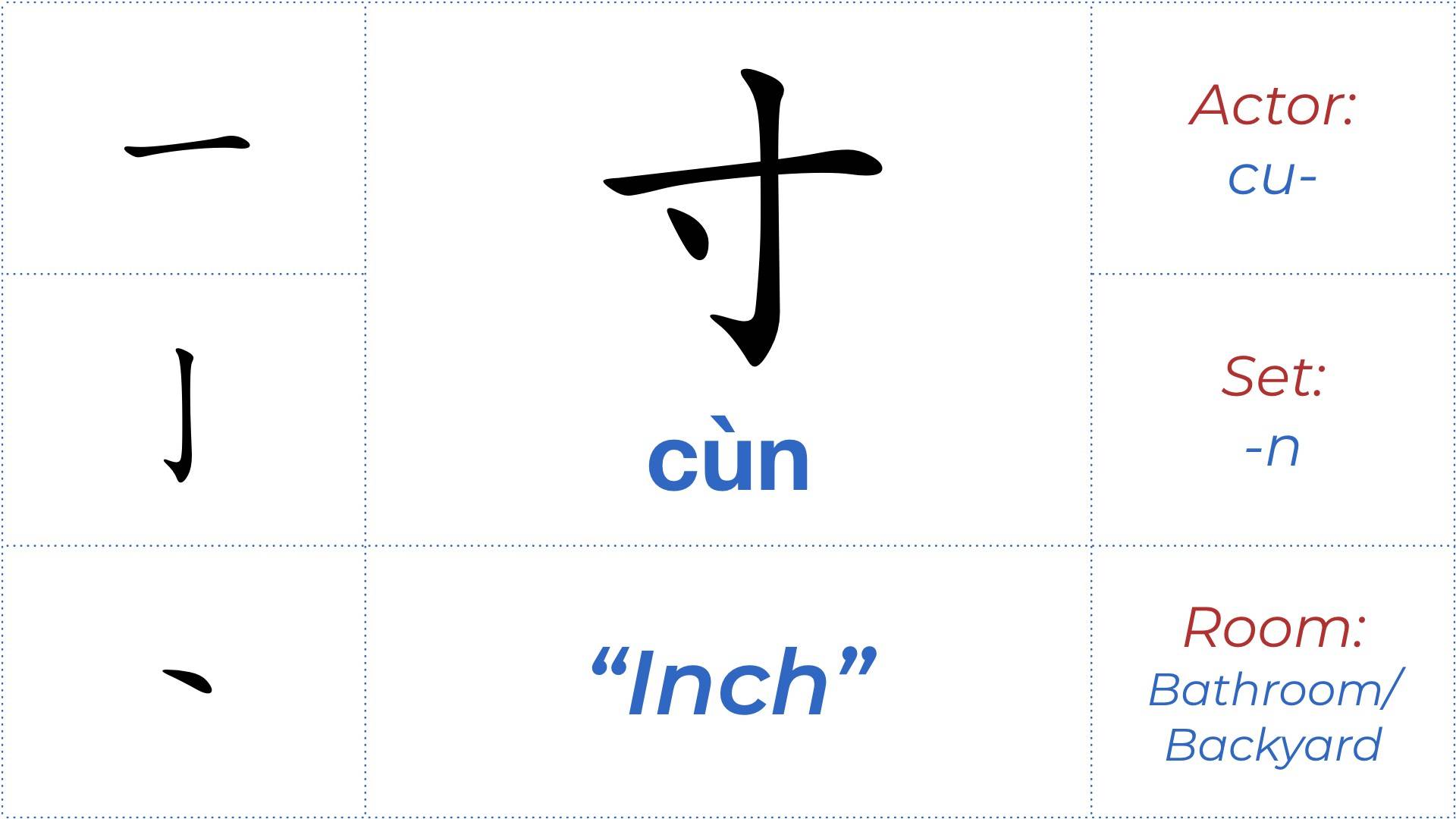 Below is a list of fictional characters relating to “cu-“ to get you going. This is a non-exhaustive list as the fictional universe is incredibly vast, but see if any of these characters work for you:

Once you have chosen your actor for “cu-“ add your chosen actor to the “cu-“ Anki card.

PICK A PROP TO REPRESENT 勹

NEW: Wrapped Up- You want to think of something that is wrapped up. Perhaps it is a huge arm in a cast, a burrito, a chain or a rope.

PICK A PROP TO REPRESENT 寸

In other characters, image the vivid image of a long ruler -OR- a tape measure.