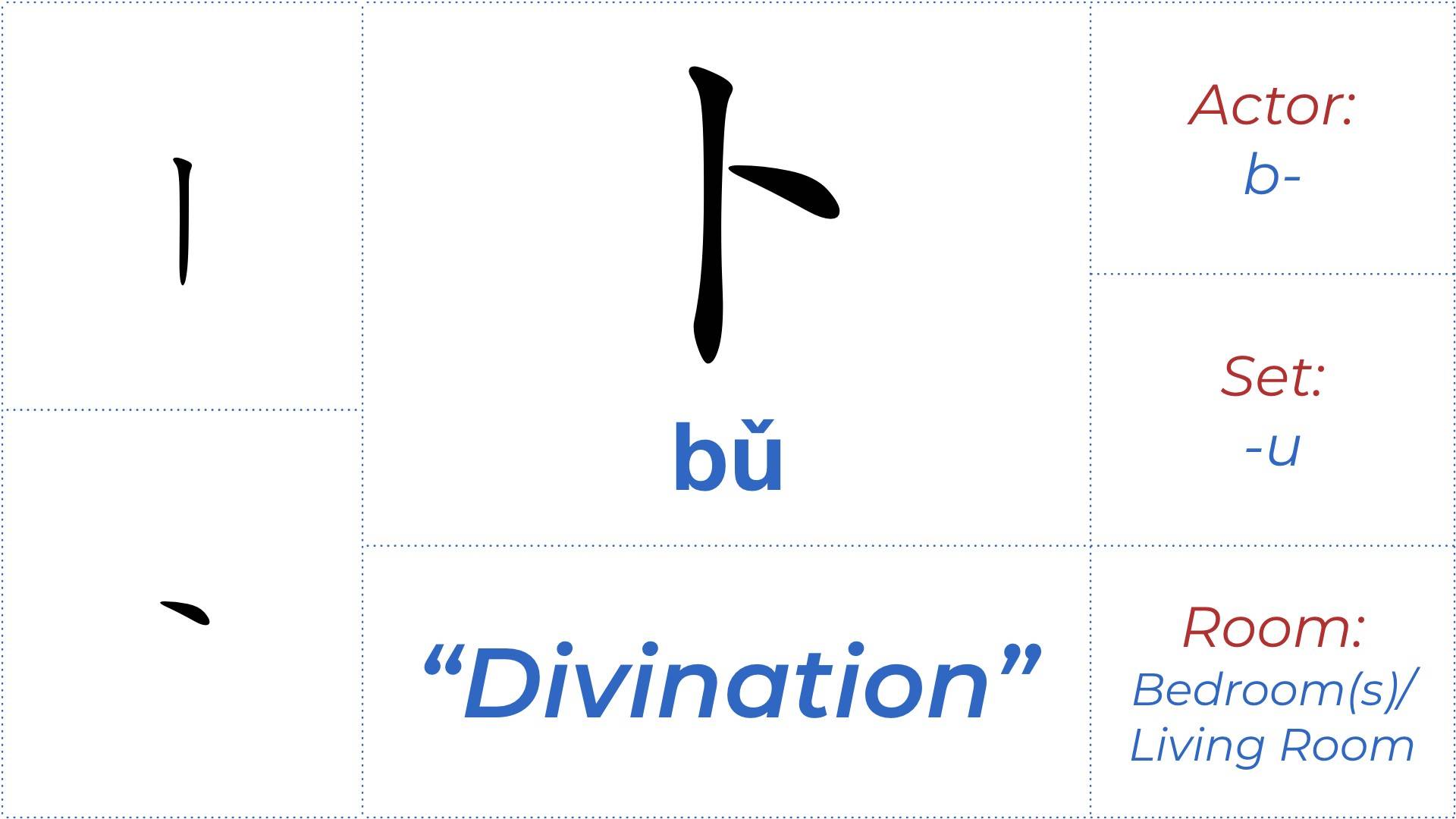 Below is a list of fictional characters relating to “bu-“ to get you going. This is a non-exhaustive list as the fictional universe is incredibly vast, but see if any of these characters work for you:

Once you have chosen your actor for “bu-“ add your chosen actor to the “bu-“ Anki card.

PICK A PROP TO REPRESENT卜

When used in other characters, this will have the vivid image of a divining rod or a magic wand.