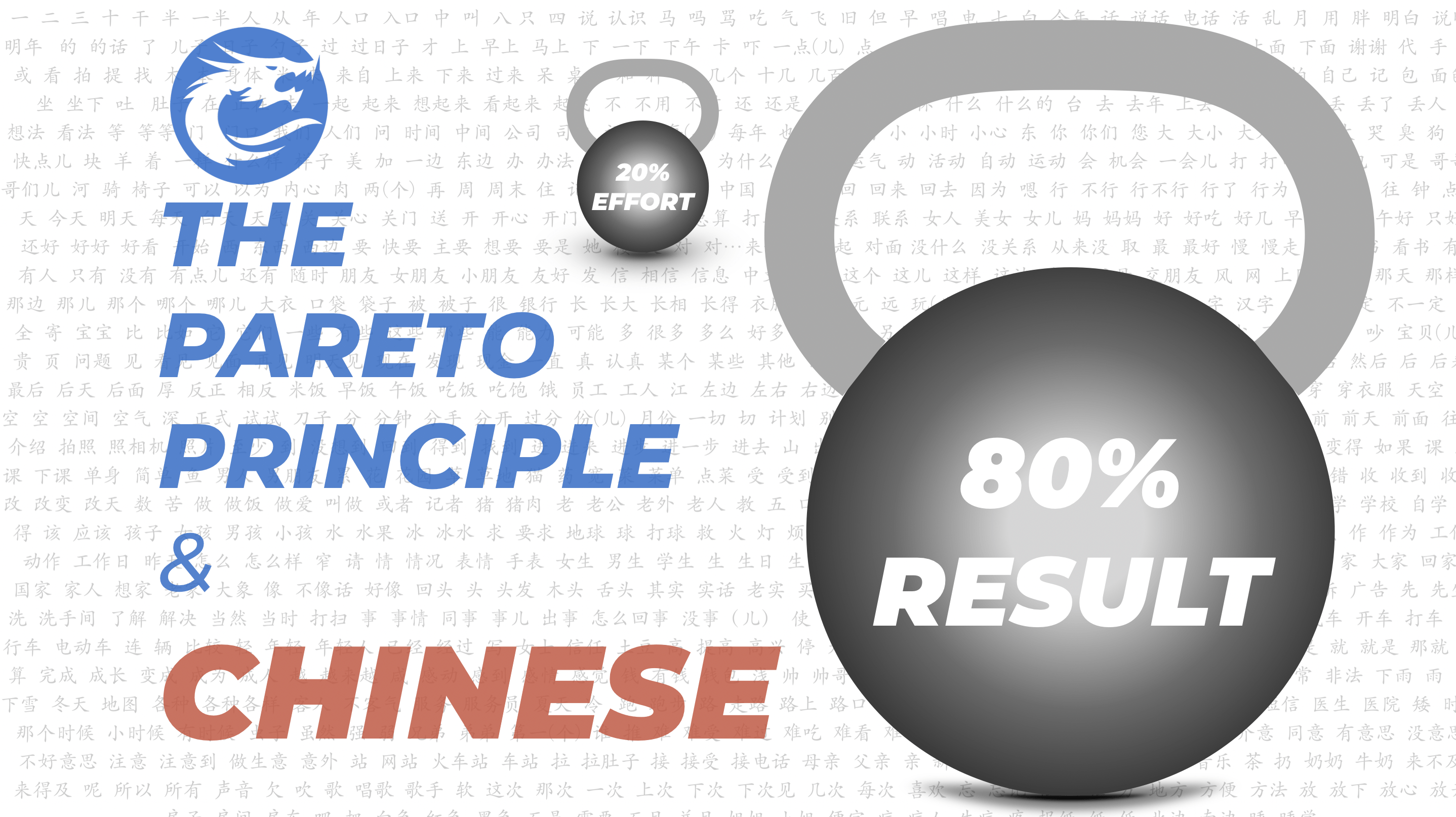 What is the Pareto Principle?

SO many people have written about the 80/20 rule and how it can influence your knowledge pursuits, business customer base, initial skill acquisition, etc. It’s also known as the Pareto Principle. This is the easiest way for us to think about it:

“Not all [ASPECTS] in [SKILL] get used with equal frequency, so focus on understanding the [ASPECTS] that are used most frequently first to get the fastest results.

“Not all [Car Parts] in [Car Repair] get used with equal frequency, so focus on understanding the [Car Parts] that are used most frequently to get the fastest results.”

The Pareto Principle as Applied to Chinese:

“Not all [Hanzi (Chinese characters)] in [Mandarin Chinese] get used with equal frequency, so focus on understanding the [Hanzi] that are used most frequently first and you’ll get fast results.

In other words, if you master the top 500 characters in Chinese, you’ll be able to understand Mandarin Chinese very well. More importantly, however, those 500 characters will build your fundamental understanding of the language, thus giving you a strong foundation to learn future characters. You may even acquire the subsequent 2500 Hanzi in the same amount of time it took you to learn the top 500 Hanzi.

Shed Your Fear by Shining a Light

Break down the language, and suddenly it stops being this enormous shadow hovering over you. Any time you feel stressed about how much there is to learn, go back to now. What do I do now to get to my next goal? 500 is a good starting point, and that’s less than two characters a day for 365 days. Easy.