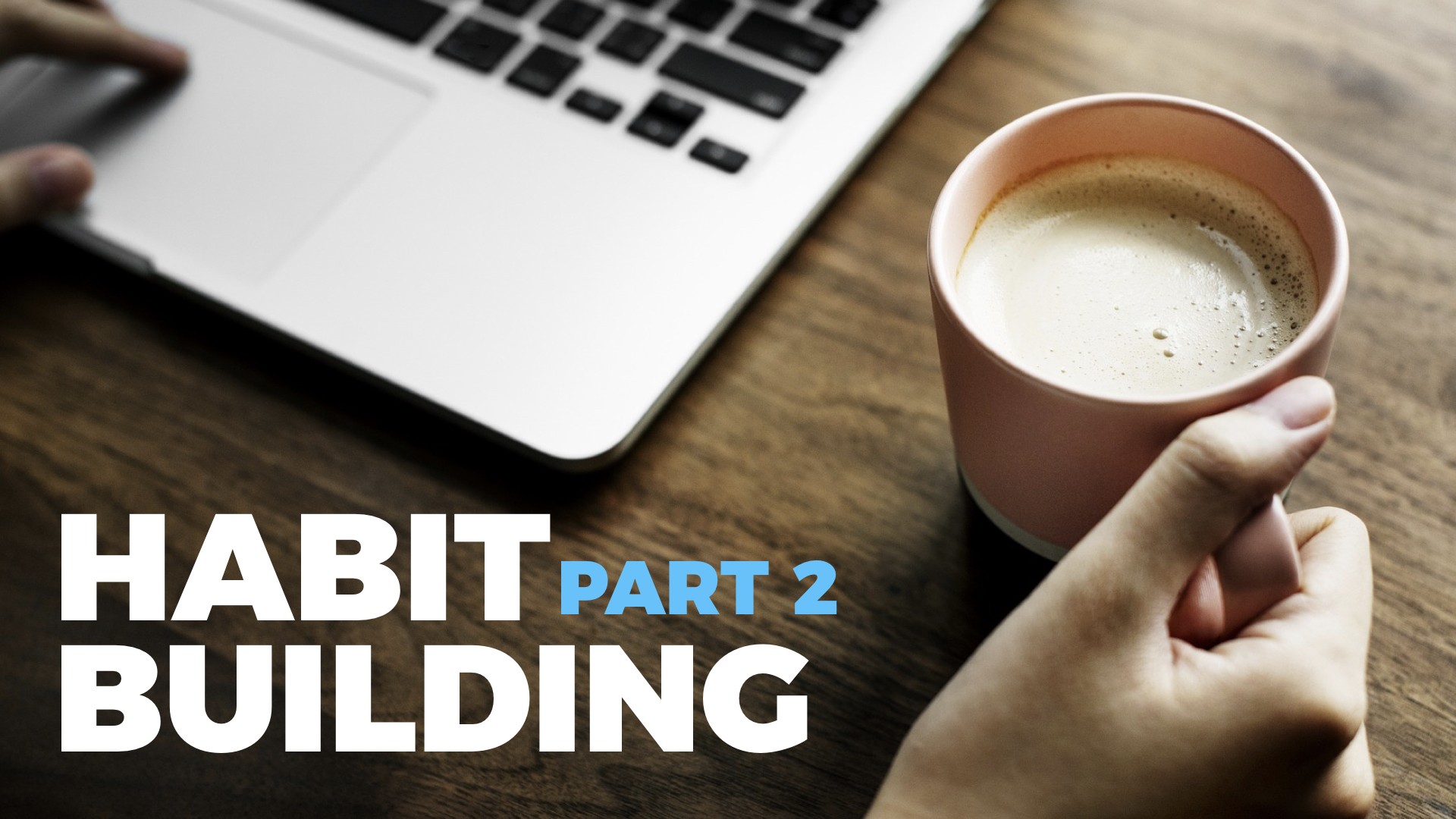 WHY BUILD A HABIT? PROCRASTINATION IS THE REASON!

We’ve had a lot of students who say something like “this course is great, I just have been lazy, haven’t yet started with my character learning/grammar building, etc”. Should you expect yourself to have incredible willpower every single day to keep up with your practice? NO! Instead you should focus on making new habits, because once a habit is formed, it no longer requires willpower to continue.

This article is the 1st installment of a four-part series, click the links below to navigate between articles:

An easy way to start building a habit is to attach the new desirable behavior to a previously created routine.

In Phil’s early twenties, he went to see a therapist for four years and listened to loads of podcasts about nutrition, philosophy & self-improvement. Consequently, he would sometimes get a wild idea that he was going to, starting tomorrow, quit doing X, Y, Z unhealthy behavior and start meditating, eating healthy food, going to the gym, sleeping earlier, etc. Guess how well that worked out?

The Small Game & The Big Game

Habits: The Heaven or Hell They Create

Let’s lay the cards on the table here: The problem people face with the formation of favorable habits that move you towards a more “heavenly” existence is emotional.

Emotional resistance to starting a new healthy behavior and to stopping a destructive behavior is the inevitable challenge we all must face. The simultaneously cynical & hopeful conclusion we’ve drawn is this: Emotional pain is part and parcel of being a person, so your real choice is not “do I have to drink poison?” but rather “which poison do I prefer?”

The flip side is that once a habit is built, including bad ones, suddenly NOT doing it can cause emotional pain. Your previous routines and habits have corresponding neural networks that will make you feel emotional pain if you suddenly stop feeding them.

If you suddenly try to drop ALL your bad habits and replace them with more than one healthy practice, you are asking for an internal psychological rebellion. This is why you have to negotiate with yourself.

Here’s a simple negotiation: Tomorrow, attach the action of starting to do your Anki cards with something you are already doing in your daily routine. Easy one, brushing your teeth. We all (hopefully) brush our teeth every day, so try this new rule: “Brush my teeth, and then after I put my toothbrush down go over and start Anki.”

Notice that we say “start” doing Anki, not finishing. Baby steps. Do something that will not trigger internal rebellion. It is an achievable goal that you have clarified & can say “I did it.” Do it for 30 days. Don’t add anything else. If you do add something else during that 30 day period, make it something equally as easy to achieve as the original “brush teeth—>start Anki” behavior.

It’s a small picture big picture question here really. If you fail because you overloaded yourself with unrealistic goals, you are much more likely to have internal conversations that become increasingly self-deprecating.

“What’s wrong with me? I can’t even stick with this. I’m obviously a failure. Who do I even think I am trying to learn Chinese?” Sounds harsh. We wouldn’t have mentioned this inner dialogue if it weren’t a record of real things we’ve thought about ourselves. You can outsmart the negativity, however, by setting up a series of winnable games.

Another way to look at this change to your routine is to look at it a bit more ritualistically.

For example, get up in the morning, go to brush your teeth. After you brush your teeth, say to yourself in the mirror: “I’m going to be better at Chinese today than I was yesterday.”

Not a high bar, but imagine you did that every day this week. How about two weeks? 30 days? Can you win that game 30 days in a row? What if it became so second nature that you did it every day for two years? Five years? How about you just say “I’m going to be better at X today than I was yesterday?” Could you do it for the rest of your life? Are you planning on brushing your teeth every day for the rest of your life? If so, why not do the same with this mirror affirmation?

We’re all for the idea of liking & accepting yourself for who you are, but part of the ritual element of this is recognizing what you could be. No single affirmation changes the world, but the accumulation of those small improvements inevitably results in a greater ability to reach your goals and help others.

It may not seem like these daily mantras can actually affect change, but consider how your future ability with Chinese will be able to touch the lives of people who literally would not have been able to understand you had you not stuck by your mantra. How many future smiles will you create? How much laughter? Inspiration? All impossible without these mantras.

How to Study Mandarin? Adjust & Keep At It

Once a habit is appropriately formed, it no longer requires extra conscious effort. It just…is. No one says, “Lately I’ve been perfect about brushing my teeth. I brushed them five times this week already and its only Wednesday! I can take today off, no problem!” Gross. Yet, for some reason, we do this with other habits that have a chance to make our futures considerably better than just brushing our teeth to avoid dental problems.

After you form the first achievable habit of “brush teeth—>start Anki,” start another one. Maybe “brush teeth—>start Anki—>watch 5 minutes of YouKu and see what I can notice”. Don’t add more than that. Go for 30 days. Do that all year you have 12 new habits. The result of the incremental & temporal improvement across those 12 habits is nothing more than achieving what you want for your future and reaching your potential.

Guess what? Phil’s now 31 and meditates every day, goes to the gym five times a week, sleeps 8 hours a night & eats a healthy diet…because he didn’t do it all at once! He took it one habit at a time, and it was actually the small adjustments that made it possible. Oh, and it happened to be the mentality that led to fluency & literacy in Chinese.