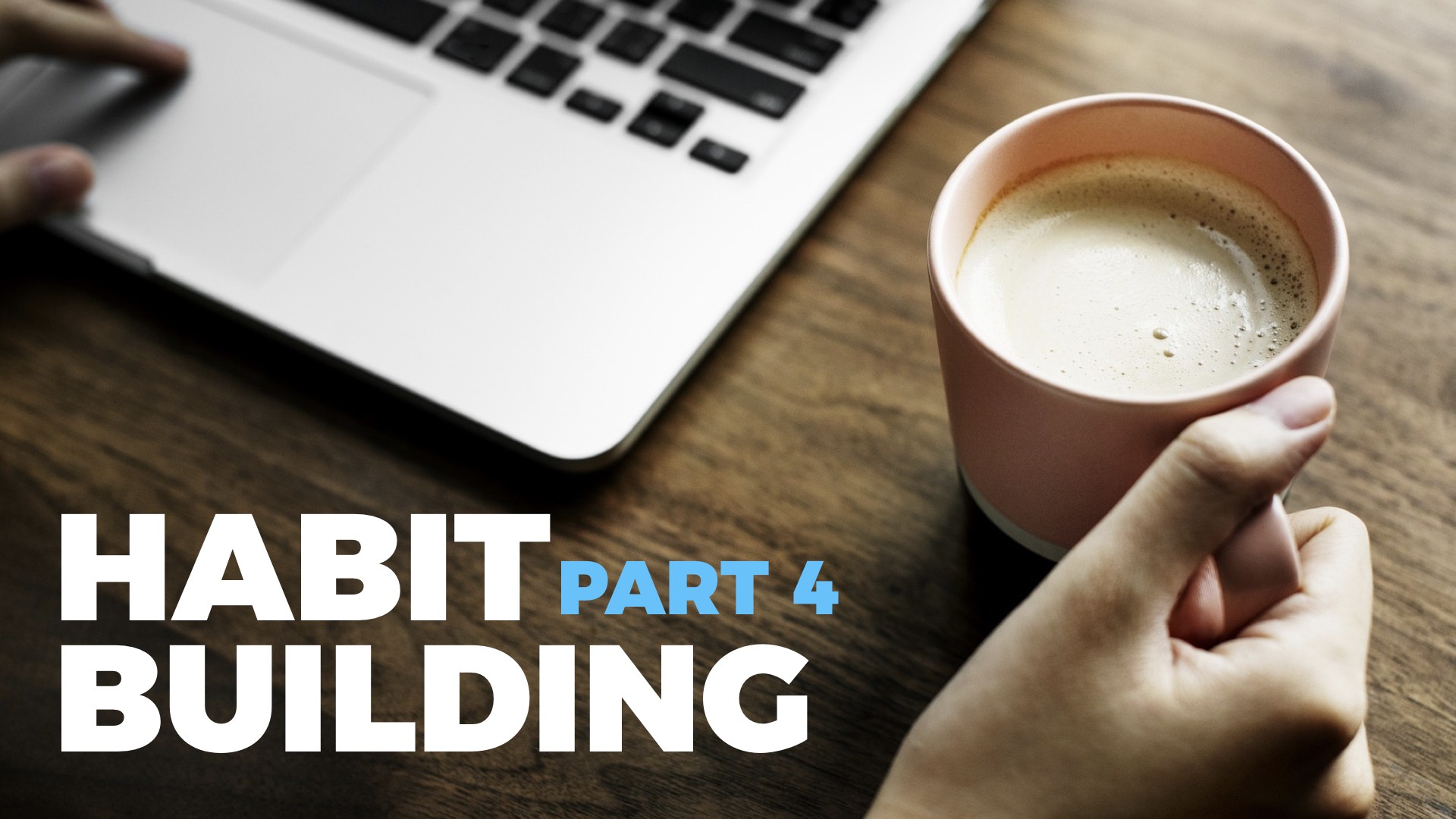 WHY BUILD A HABIT? PROCRASTINATION IS THE REASON!

We’ve had a lot of students who say something like “this course is great, I just have been lazy, haven’t yet started with my character learning/grammar building, etc”. Should you expect yourself to have incredible willpower every single day to keep up with your practice? NO! Instead, you should focus on making new habits because once a habit is formed, it no longer requires willpower to continue.

This article is the 4th installment of a four-part series, click the links below to navigate between articles:

Underlying everything about building a new habit is the belief that it actually is possible, and this requires directly and courageously addressing both outer and inner negativity, aka the haters!

Confidence Is The Key To Success

Belief exists on a continuum. The extremes of said spectrum range from “I have no knowledge whatsoever of this subject, have never learned anything about it, yet I’m the best!” to “Despite my decades of research, considerate thought, conversation, personal development and accreditation, I don’t believe I have any right to give an opinion on this matter.” So where should we fall on that spectrum with our ability to acquire language?

An Evolutionary Argument for Confidence

Consider that our language abilities aren’t only 200,000 years old. Sure, that’s when we started making mouth sounds to try to communicate abstract ideas to other bipedal homo sapien apes, but there was a great deal of communication that existed before that time. We have no authority to say how far back we can go in our evolutionary history to recognize important body language amongst our common ancestors, but when we start getting into numbers closer to millions of years, the comparison between that ability and any academic subject whatsoever starts to show a rather stark contrast.

The first formal academic disciplines are often attributed to the ancient Greeks. While I’m sure there are some who will debate that they started earlier, we’re still talking post-civilization that we finally said: “Hey, this set of ideas is worth spreading. Let’s put together a system that allows other humans to successfully transfer these ideas into their brains”. Most would say this happened 6,000 years ago, but hey, maybe it even happened 10,000 years ago.

How Confident Should You Be?

So when it comes to acquiring language, where should you be on the spectrum of confidence? “I was born, and I’m already amazing“…sounds about right ;-).

Look, we’re not trying to say that foreign language acquisition is instantaneous. It isn’t, and that’s why we need to build habits. The question shouldn’t be “can I do this instantly,” but rather “can I do it?” Barring illness, brain trauma or some other outside extenuating factor, there shouldn’t even be a doubt in your mind. This is why you should…

Be Around Positive People

Despite the overwhelming evidence that we’re evolutionarily motivated language learning machines, you’ll still get a bunch of negative Neds & Nancys. “Chinese is impossible for foreigners to learn,” “You can’t even possibly pronounce the syllables with our mouth muscle groups,” “No foreigners are that good, just passable at best.”

What Thought Comes After Doubt?

We were incredibly fortunate that none of these absurd ideas were in any meaningful way connected to us personally during my initial Chinese acquisition journey. We were surrounded by people who (quite rightly) never saw it as anything more than a matter of time, attitude & attention. That type of approach is more than just “positive thinking,” it is correct.

If you find yourself in conversations with others who imply that you can’t succeed, it comes from fear. Fear that if you triumph, they will have another piece of evidence that articulates how they have failed — those types of people we have a lot of sympathy for. We have that same dread within us (you do too), but that idea is toxic and needs to be as far away from you as possible because it isn’t just wrong, it is wrong in a way that gives you license to lower your estimation of yourself and your potential.

Hopefully, at this point, you are convinced that you can do it, but that doesn’t mean it will be finished tomorrow or that you’ll feel the change consciously on a daily basis. On top of that, the foundation building period in Chinese is more extended than other languages.

Are you starting to see why having the right attitude towards habit building might be equally essential to the content itself? It takes some time, but if you follow the steps laid out in this four-part series, Chinese study will be as natural as brushing your teeth. Once you are in that state, the finish line is no longer the aspect of your journey that occupies your mind. It’s just today, and the flow of behaviors you’re as used to going through as opening the toothpaste tube.

One day you are going to realize, “Oh, I know a LOT now! The connections are happening faster and faster!” Are you finished? Hell no. Do you care? Also hell no. Nothing’s stopping you now, because your success has improved your vision. Sure, you now are more aware of what you don’t know. That can feel frustrating.

On the flip side, though, you also know that you can do it not just based on an evolutionary language acquisition theory, but because of the big pile of empirical evidence lying in front of you. We want you to get that feeling more than anything else because once it sets in, the “hard” part is over.

What If You Became The Role Model?

So you see? A habit, while seemingly small, while seemingly unmeasurable in its day-to-day effect, is powerful enough to take something you didn’t have at all and turn it into a great skill. Oh, and do you think it stops with you? Your life gets better and not anyone else around you? What about the people you love? Your friends? Family? Wider community?

Build a habit or don’t, but don’t be thinking that there is no cost to not doing it. The price is losing a brighter future that could have been. Missing a chance to be of real value to the people around you. Sure, the cost of consciously building a habit is a period of potential discomfort, boredom or other emotional pain, but the reward? Oh, the prize might be the realization that you are far more powerful than you thought in making the world a better place from the inside out.