How to Pass the HSK 6 Faster Than Ever 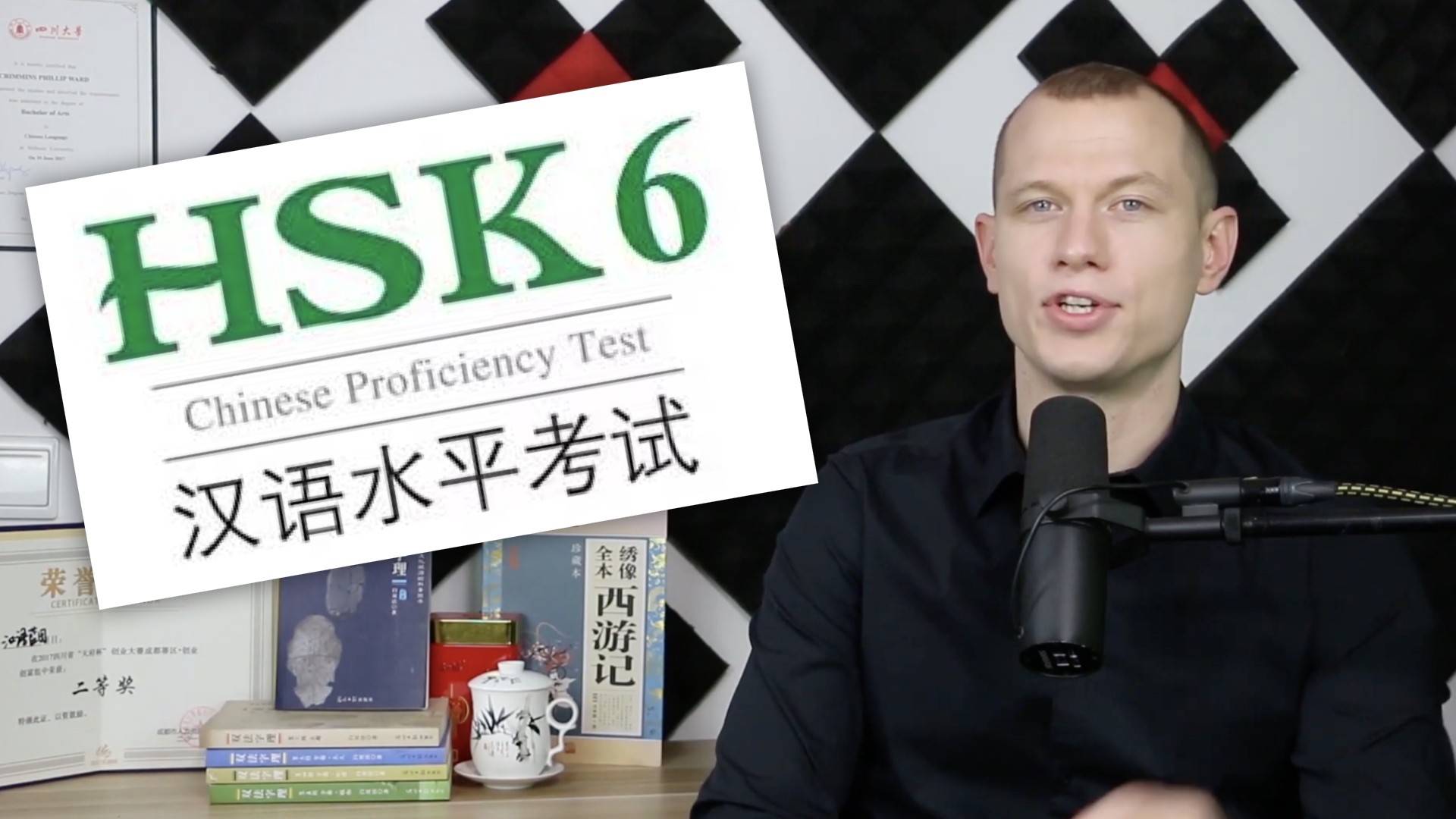 From FAILURE to Chinese HSK 6 Test in ONE YEAR

Both of us (Luke Neale & Phil Crimmins) passed the 汉语水平考试6级 hànyǔ shuǐpíng kǎoshì 6 jí, also known as the HSK 6. It’s the only internationally recognized exam that evaluates the level of Chinese learners. Historically there were 12 levels, but now there are only six. The HSK 6 is the highest level.

How Long Should One Have to Study to Pass the HSK 6?

According to the Hanban (汉办), HSK tests should reflect distinct stages in the Chinese acquisition journey. They designed the HSK 6 to be reflective of someone who has reached what they consider to be the highest level of proficiency in Chinese that can be expected of a second language learner. Unsurprisingly, it’s a challenging test.  They estimate that you must have four years of full-time study before you can pass the HSK 6.

How Long Did it Take Luke & Phil?

Coincidentally, both of us started studying Chinese around January 2014 and passed the HSK 6 two years later on January 16th, 2016. More importantly, we were not spending 8 hours a day on Chinese by any stretch.

“Psh, You Two Are Probably Just Super Smart” -You

On the contrary, we made LOADS of mistakes along the way. After one year of study, we were so lost and frustrated with the Chinese study journey that both of us gave serious thought to cutting our losses and choosing another path in life. This Chinese thing felt too complicated, and in some cases, we thought “maybe we’re just not smart enough.”

Then How Did We Pull it Off?

You could think of this journey as happening in three phases:

Because Chinese language education is so frustratingly wed to an academic theory that does NOT conform to language acquisition theories, most people feel like we did in Phase 1. That’s where most people quit. We were lucky because Phase 2 represented when both us started sharing notes. A big part of why we didn’t quit was that we realized that it’s the SYSTEM, not our lack of intelligence, that was leading us astray. However, such a realization doesn’t cause instant clarity, so it took about six months before we were cooking with gas.

This thought defined phase 3: “I wish I had known this earlier! I’d be WAY farther along than I am now!” During this time, Luke started to have the idea that he’d like to find a way to share what he was learning with the wider Chinese learning community. After all, how many “Eureka!” moments can you have before you think “I need to help other people avoid these traps.” It’s a natural empathy you develop because you yourself experienced just how frustrating it can be.

What the HSK is & What it Isn’t

Passing the HSK 6 was the straw that broke the camel’s back. Phil said that’s it time to partner up and tell people about these techniques. After all, we achieved something objective that is internationally recognized in a fraction of the time thought possible using methods anyone can use. That’s what the HSK test is; a benchmark that the Chinese learning community has agreed is more powerful than simply claiming “I’m fluent in Mandarin.”

You know what the HSK tests aren’t? The goal of learning Mandarin. It’s also not the goal of The Mandarin Blueprint Method. Sure, TMBM will help you pass the HSK tests, no doubt. However, we believe that it is essential to keep your eye on the broader goals.

Our Vision for Your Future with Mandarin

1. Help you Change Your Brain

Chinese, as a character centered language, will inevitably provide new frames of reference for looking at almost any human concept, particularly around values, worldview & the human experience.

Knowing Mandarin is a meta-skill because if you have a skill and then you can learn Mandarin, you can apply your expertise to the Mandarin-speaking economy. This would be true of learning Latvian as well, but there’s also a high probability that there is no demand for your particular skillset in Latvia. China, though? You’ll be shocked to discover just how many niche markets are opening up that NEED westerners to contribute. In your home country, you may be considered average or slightly above average in your field. In China, however, you not only might be closer to the top of the field but also in demand for your different cultural perspective.

3. Help You Discover the Real China

If you watch mainstream media news, the focus is almost always on political or economic stories. These stories have their place, but they give a shallow picture of what’s happening here. It has been truly life-changing to observe such a rich & storied culture up close, and there is so much that Western people can learn from Chinese people. There is no better way to discover that for yourself than speaking Mandarin.

NOTE: We didn’t say “pass the HSK.” No other method will help you more with the HSK than TMBM, but the test is merely a benchmark on the path, not the path itself.