Home Chinese Grammar Synonyms in Chinese – Even Within the Same Word!

Synonyms in Chinese – Even Within the Same Word! This is part 4 of an 8-part series exploring all 7 types of Chinese compound word. Click below for the other parts: 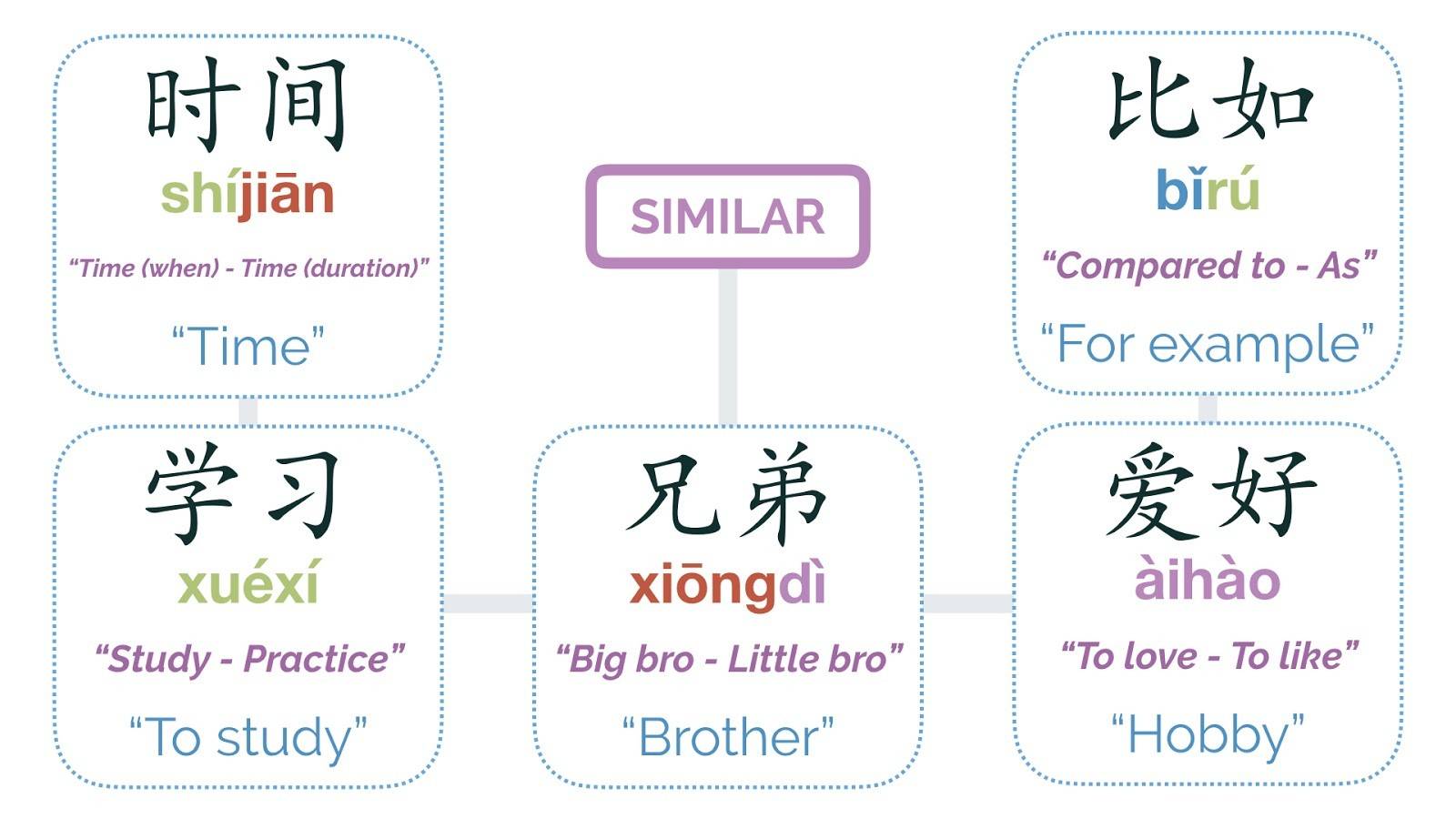 Friend. Both 朋 and 友 have the meaning of “friend.”

Brother or Brothers. Both 兄 and 弟 have the meaning of “brother.”

Dust, both 灰 and 尘 have the meaning of “dust.”

Great, Mighty (as in a person’s ability or influence) Approximately or On Both Sides

How Much? or Some Amount

Further Examples of Opposite Juxtaposition 相反并列式:

In any case, anyway (against & for)

In any case, anyway (horizontal & vertical) These words contain two morphemes that come from the same type of thing, but they aren’t the same. Also, worth noting that many of these are not a direct translation of the two morphemes original meaning. For example, 骨肉 gǔròu is made up of “bone” 骨 and “meat” 肉，but the definition is one’s children, parents, brothers, sisters or other blood relatives, not only bones and meat.

The relationship between a mother and daughter. Not the same or opposites, but in the same category (relations)

江 means river and 湖 lake, but the word 江湖 refers to all corners of the earth, so its an excellent example of a Parallel Related word where the meaning is only abstractly related to the morphemes.

progress, the prospect of a solution (eyebrow & eye)

One who spies for somebody else (ear & eye) Some words have two morphemes, but one of the morphemes no longer expresses any meaning (it may have at some point in the history of Chinese, but in modern Chinese has disappeared.

Quarrel; Dispute- (is & is not, is’ 是 meaning has disappeared)