Home Mandarin Pronunciation Long in Chinese 长: Is it cháng or zhǎng? 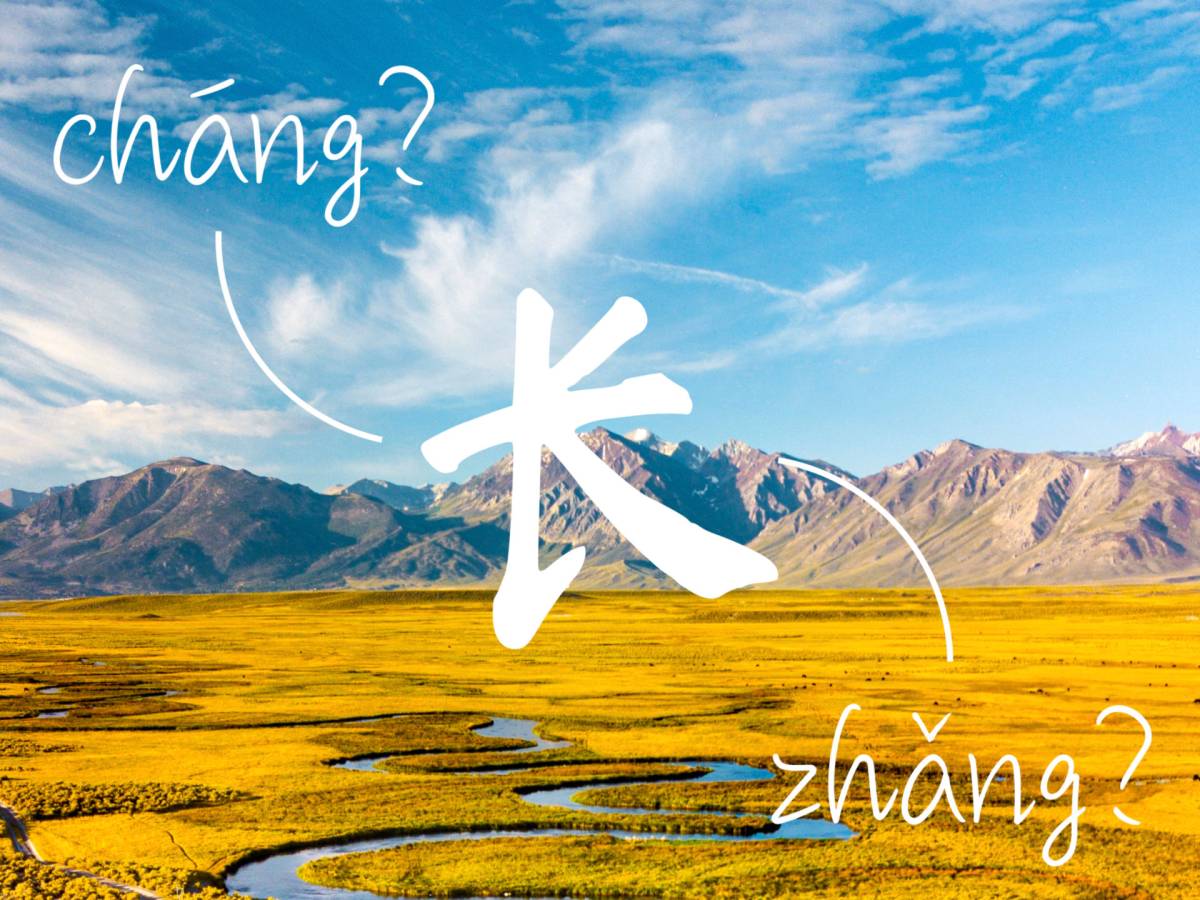 Here’s a Guideline for beginning Mandarin learners. Don’t worry about the alternate pronunciations of an individual 汉字 hànzì (Chinese Character). However, 长 with the pronunciation of zhǎng (to grow) or cháng (long in Chinese) are different.

When?: It’s shí either in names (e.g., President Bush 布什总统 bùshí zóngtǒng) or, heh, writing the number 10 on checks. Not hard to see why that’s far less frequent than ”what.”

When?: When it means ”to like or be fond of.” You won’t see that nearly as often as you see 好 ‘hǎo good,’ in part because the word 喜欢 xǐhuan is the primary word whose definition is ‘to like.’

To be clear, we’re not saying these alternates are irrelevant to the language. You will want to use them when you’re more advanced, but because of the difference in frequency, there is no need to focus on their alternate syllables as a beginner.

长 cháng (long in Chinese) & 长 zhǎng (to grow) are both daily-use characters. As a single character, cháng is more common than zhǎng, but in Level 21 of The Mandarin Blueprint Method, all three unlocked compound words from that level are the 长 zhǎng (to grow) usage (长大，长得，长相).

“Oh no! How Will I Tell the Difference of 长?”

A non-issue! First of all, 长 cháng (long in Chinese) is an adjective, and 长 zhǎng (to grow) is a verb. Your language module should already be developed enough to recognize (even if it isn’t conscious) when the missing character in your flashcard is an action or a description.

Secondly, even on the level of the word you can get a clue. For example, whether you’re aware of it or not, you’ve started to recognize that many words are the “Verb-How” structure.

长大 zhǎngdà is one of these. How would you describe the result of the ‘growth 长’ of the child? They became ‘big 大.’ This type of ‘action-> result’ word structure is such that you can feel that 长 cháng, an adjective, doesn’t fit with a result.

No Matter the Objection, “Read More” is the Answer

OK, OK! It’s the answer about 98% of the time, not THE answer, but we hope you’ll allow us some hyperbole to get across how important reading is to your success.

As your language ability develops, you become more and more able to recognize complexity. You’ll occasionally think ‘omg, how am I going to be able to handle this?’ We certainly did. It’s a trap!

You were born with a brain whose “standard configuration” contains an extraordinarily highly developed capacity to recognize patterns in language. Thanks, natural selection! It is only when we analyze the language from the outside that we think “holy moly, this is complicated!”

Well, not to your unconscious mind. It’s way more powerful than you think, so the job of your thinking mind is NOT to analyze, but instead to FEED your brain with as much input as possible.