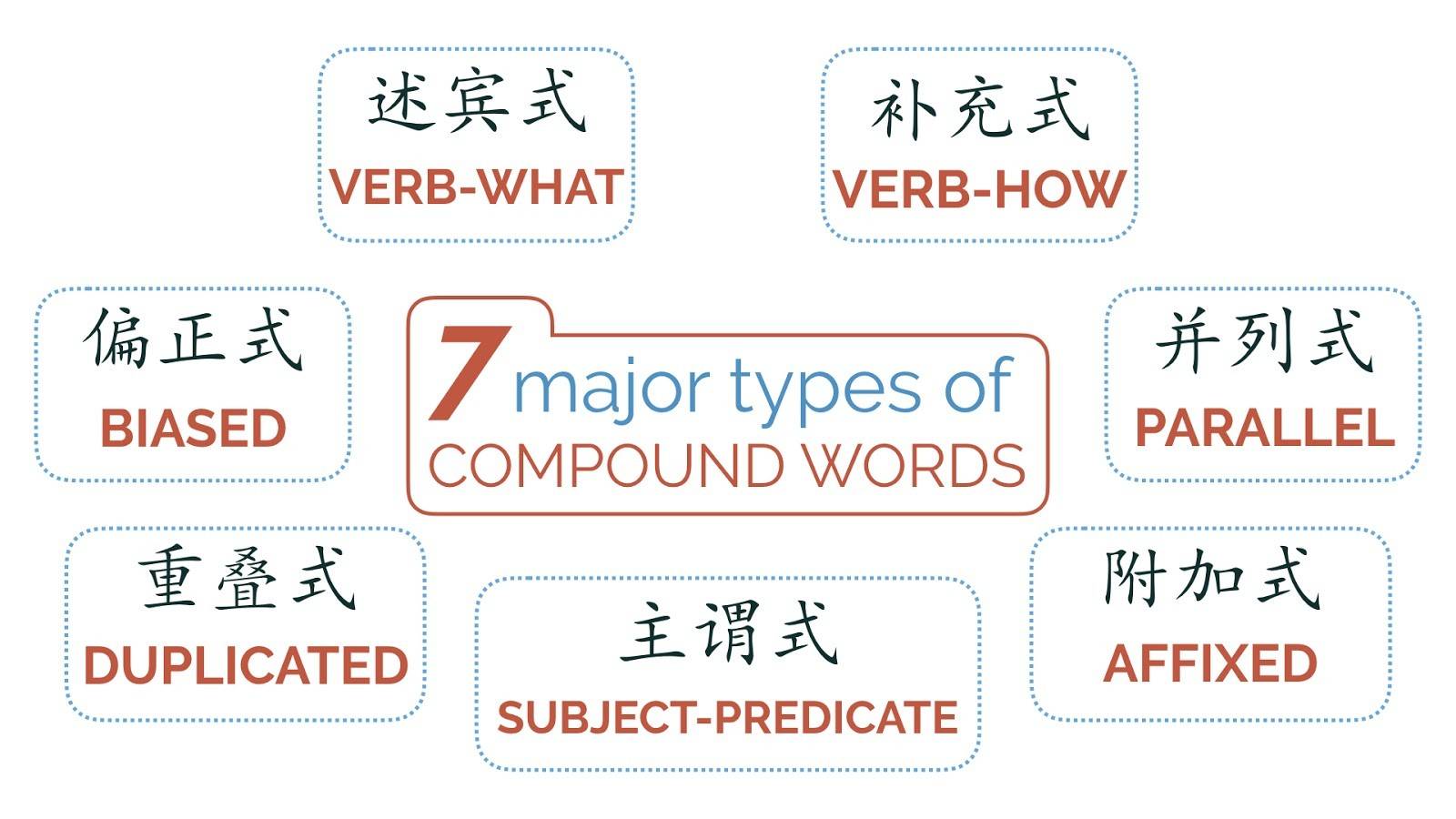 This is part 1 of an 8-part series exploring all 7 types of Chinese compound word. Click below for the other parts:

An Introduction to Chinese words

Once you have a foundation in Chinese pronunciation and you have started to learn Chinese characters, you are ready to start seeing how characters are put together to form compound words. Once you know the characters within a Chinese word you can see how logical most of them are, and you will start to see patterns in how they are constructed.

The majority of Chinese words are made up of two characters. One-character, three-character & four-character words exist, but as a matter of ratios, two-character words dominate the language. Once you understand individual characters, one can easily create a connection between them using logic-driven mnemonic devices. Often these mnemonics are self-evident. We’ll use an example from characters we’ve already learned to illustrate this:

The number of peoples’ (人) mouths (口) to be fed is the population of a place.

Creating links like this is pretty straightforward, and you can do it with a relatively limited understanding of character meanings. However, there is a lot more to learn about words that can give us a much deeper understanding of Chinese, therefore increasing overall retention.

How Understanding Word Structure Will Save You Time

If you look deeper into the various types of word structure below, you’ll see that 人口 is a particular type of word we call a “generalizing noun.” Nouns in Chinese have specific measure words that are applied based on physical characteristics, just like “slice,” “bar” or “piece” in English, only more specific and numerous. The measure word for “people” is 口 and applies specifically to family members. For example, 三口人 means “three family members.”

In Chinese, the measure word is always placed in front of the noun when referring to a specific amount of that noun. However, one way to refer to all of a particular noun in Chinese is to place the measure word after the noun. Therefore 人口 has the meaning of “all people within a city or country.”

So how does this help? Well, understanding this rules like this allows you to leverage the power of your brain’s “language module” and apply this to other words which follow the same rule:

As long as you know the character meanings and that they can be used in this way, you can figure out these words without having to study them individually. This makes the learning process far more efficient in the long run.

We are going to explore each one of the 7 types of Chinese compound word within this blog post series. Click below to get started!